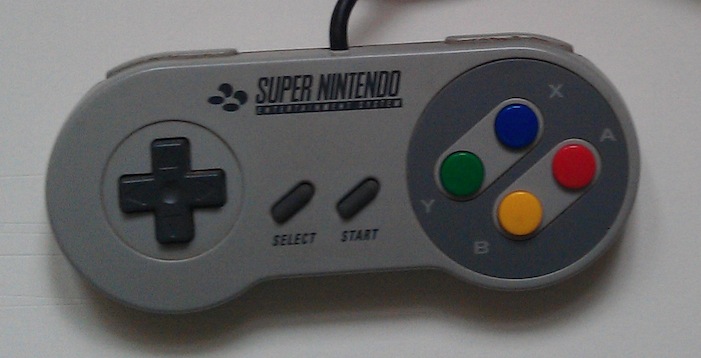 A while back I decided to have a go at creating a bit of a console mod, I had no intention of taking apart my original SNES and giving it a lick of paint without first experimenting. After routing through boxes of retro consoles and accessories in my loft I came across a SNES controller with a broken shoulder button. I decided this would be my guinea pig and if it failed I hadn’t lost much.

After taking the pad apart I found the problem – the shoulder button had snapped so I repaired that with a bit of super glue. I gutted the pad and removed the circuit board then washed all the plastic and rubber.

I had to spend far more than I originally thought, I ended up with a pack of sandpaper of varying grades, a face mask, a can of white plastic primer, a can of white spray, blue spray and finally a can of lacquer for the finish. In total that lot came to about £40. 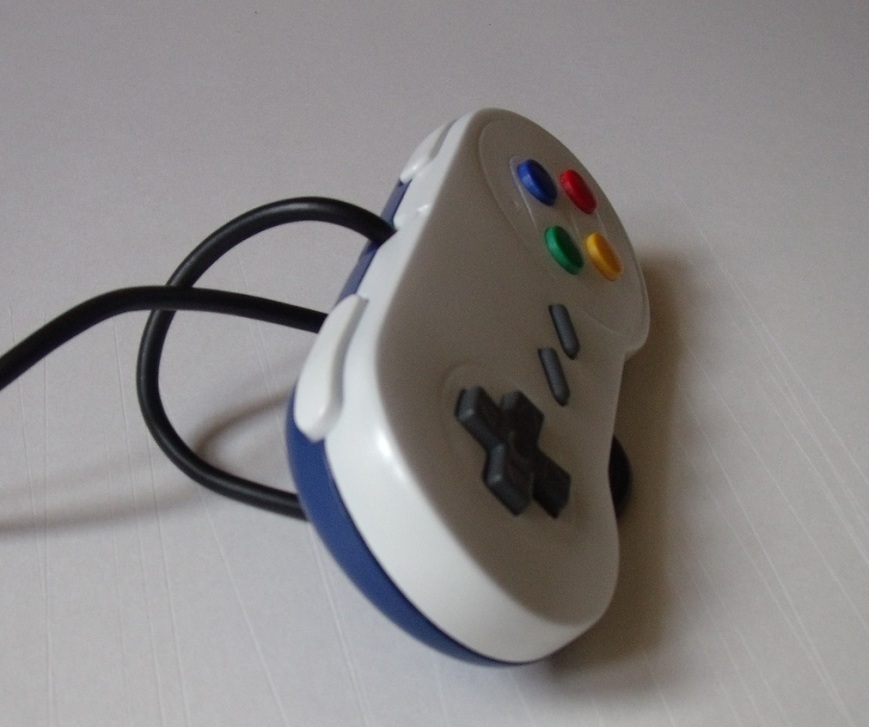